"A Place For Volkswagen Bus Owners"

I am very sad to report that Art Brow passed away today. We will post information here as it becomes available.
Bill
Top

My condolences to Dutch and family 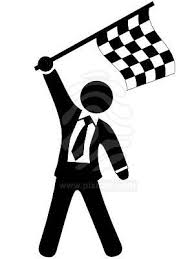 Sorry to hear of his passing

I really didn't know Art real close like some of you, but I got to know him a bit over the past couple years. He was always real nice and patient with me and my limited mechanical knowledge.

When Bill decided to sponsor an impromptive "toe in, toe out" seminar in his shop a couple years ago, Art was there. John Lupica brought his split bus over and several members were on hand while John, Mike Immorino, Bill, Aaron (Widefive) and Art jumped in and "set" John's front end. While everyone was working, I told Art about how I went to St. Ed's high school in Lakewood in the early '70's in a 1969 beetle. Art told me he worked at Lossman motors in Lakewood. With that I grabbed my I-phone and asked Art if he wouldn't mind me asking him a few questions on video. Art obliged. Admittedly, many of my questions are "weak" and the filming leaves a lot to be desired. But in any event, I think for an improptive, unplanned, unrehearsed and unprofessional interview, this at least captures a little of Art Brow for those that didn't know him. It was filmed on October 20, 2012.

And I must give special thanks to my son Fergus who saved this video. I stored it on an I-Mac in some strange format that no one else could view. Fergus spent the last week working through it to get it back into a usable format. He pulled it off, even if the LEAKOIL graphics are a little weak.

Anyway. Here it is.

Great video! Thank you Sean! Good questions too. If you retire from "Judge", you've got a future in "interviews"!
I didn't know Art, but I've heard a lot about him from my son Greg. (21Window) Greg really respected him and his knowledge of cars. Art sounds like he was quite a guy and a great loss to the VW world!
My condolences to his family.
Top

Wow, that is quite sad. Condolences...
The Rick Lang
Top

I am really sad

about Art Brow passing. I for one can say that I had the blessing to meet Art Brow, one day I stop by to help him finish a red bug for a costumer and work on his red Jetta that had the rear E-brake frozen and test a gray bug for him which I did after all was done I ask him if there was anything else? so he said to me, that's it Luis ! yes Art called me Luis. So he then ask me if there was anything he can do for me?, and I said YES! he then reply's what is it? and I say "now you can close the garage door and go to rest" which he then did. Man am I going to miss him, for myself Art was like a walking VW encyclopedia! when he spoke believe me I listened and I listened a lot. So on that note may god bless him and my sincere condolences to his family and (DON'T FORGET that belt is to Tight you need to lossen it "Art Brow")
Top

Art Brow was a true gentleman and a treasure to the VW hobby and all the the people whose lives he touched.
Rest in peace my friend and my sincere condolences to his family and friends.
1963 Single Cab
1964 Bowman & Sons Camper (Vegas Bus)
1966 Westy S0-42 Hardtop
1967 Westy SO-42 Pop Top
1968 Single Cab
Top

There will be calling hours at the David G. Martens & Son funeral home on Thursday Jan.9,2014 from 7PM to 8:30 PM followed by an informal memorial service for Art at 8:30 PM. Dutch has requested No Flowers please.

So sorry to hear this.he was a great guy and a true legend. My thoughts are with you and his family .
the best ideas are often the worst choices.
vanagons
mopeds
Top
Post Reply
22 posts

Return to “In Memory Of”